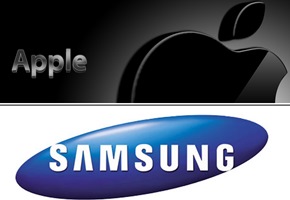 As a result of two complex investigations, the Italian Competition Authority - AGCM has ascertained that companies of Samsung group and Apple group have carried out unfair commercial practices in violation of Articles 20, 21, 22 and 24 of the Consumer Code in relation to the release of some firmware updates for their mobile phones which caused serious malfunctions and significantly reduced their performance, in this way speeding up their replacement with more recent products.

The two companies have induced consumers – by insistently proposing to proceed with the download and also because of the significant information asymmetry of consumers vis-a-vis the producers – to install software updates that are not adequately supported by their devices, without adequately informing them, nor providing them an effective way to recover the full functionality of their devices.

In particular Samsung, since May 2016, has insistently suggested to consumers that had purchased Note 4 (marketed from September 2014), to install the new firmware based on the new Marshmallow version of Android, conceived for the new device Note 7, without informing them of the serious malfunctions that the new firmware could cause due to greater stress of device's hardware and asking a high repair cost for out-of-warranty repairs connected to such malfunctions.

With respect to Apple, since September 2016, it has insistently suggested to consumers that had purchased an iPhone 6 (6/6Plus and 6s/6sPlus, marketed respectively from Autumn 2014 and 2015) to install the new operating system iOS 10, optimized for the next model iPhone7, without informing consumers of the greater energy demand of the new operating system and of possible inconveniences – in particular, sudden shutdowns - that such software update could cause. To limit the occurrence of such inconveniencies, Apple released, in February 2017, a new update (iOS 10.2.1), without warning consumers that its installation could reduce the speed of execution and functionality of devices. In addition, Apple did not offer any specific support measures for iPhones that had experienced such operating problems and were no longer covered by the legal warranty; only in December 2017 Apple provided for the possibility to replace batteries at a discounted price.

The AGCM has also ascertained that Apple has carried out another conduct in violation of Article 22 of the Consumer Code as, until December 2017, it has not adequately informed consumers about some essential characteristics of lithium batteries, such as their average duration and deterioration factors, nor about the correct procedures to maintain, verify and replace batteries in order to preserve full functionality of devices.

The two companies have been sanctioned with the maximum prescribed fines, because of their size and the seriousness of their conducts: Samsung has been fined 5 million euros and Apple 10 million euros (5 million for each of the two contested practices).

Both companies will also be required to publish an amending declaration on the Italian page of their websites  informing about Authority's resolution with a link to its assessment decision.

During inspections, Italian Competition Authority officials took advantage of the assistance of the Special Antitrust Unit of Guardia di Finanza.