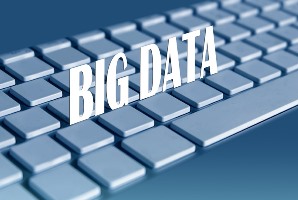 During this first phase of the survey, some of the leading players of the digital economy were heard; the so-called. Over-The-Top (OTT), companies operating in certain sectors strongly affected by the Big Data phenomenon (for example, publishing companies, credit scoring companies, banking groups and insurance companies), as well as experts and scholars. Detailed requests for information were sent to all the leading digital economy operators.

During the fact-finding survey, through three different and complementary perspectives, the changes deriving from Big Data on the users who provide the data, on the companies that use it and, therefore, on the markets were analysed in detail. This also allowed us to fully grasp the possible synergies between the three authorities and identify the most appropriate tools for possible interventions.

The relationship established between the users who provide personal data and the companies that provide digital services is increasingly central to the operation of the markets. In this context, the Antitrust conducted a survey of a sample of online service users, which addressed three issues: i) the degree of user awareness of digital platforms in relation to the transfer and use of their individual data; ii) the willingness of users to provide their personal data as a form of payment for online services; iii) the portability of data from one platform to another.

The results of this survey are illustrated in detail in the attached document (“Fact-finding Survey on Big Data. Analysis of the inclination of online users to allow the use of their data in exchange for the provision of services”).

The survey undertaken shows that around 6 out of 10 users are aware of the fact that their online actions generate data that can be used to analyse and predict their behaviour, and are also aware of the possible extent of pervasiveness of the data collection mechanism (for example, geo-localisation and access of different apps to features such as contacts, microphone and video cameras), as well as the possibility of exploitation of data by the data collections companies.

The survey shows that there are areas for improvement to increase user awareness, in fact: i) the majority of users read only part of the information notices (54%) or do not read them at all (33%); ii) most users spend a limited amount of time reading them; iii) a large majority of the sample considers that the information provided may be unclear.

Even users who are not fully aware of the close relationship between the transfer of data and the free nature of a service, often consent to the acquisition, use and transfer of their personal data. Users who refuse to give consent do so mainly because of fears of improper use of their data: these worries concern both their use for advertising purposes (46.7%) and, even more, their use for other purposes (50.2%).

Overall, in any case, 4 out of 10 users are aware of the close relationship between giving consent and the free nature of a service. Over 3/4 of the interviewed users, however, declare that they would be willing to forego free services and apps to prevent their data from being collected, processed and possibly sold on. Against this, however, only half of users state that they would be willing to pay for services/apps currently provided for free in order to avoid the use of their personal data (for advertising or other purposes).

Finally, the survey shows that, currently, only 1 in 10 users are aware of their data portability rights, even if about half of users are interested in obtaining a copy of their data. The low interest in the use of portability is due to the poor inclination to use other platforms/applications (41.1%), a limited awareness of the relevance of such data (36.1%), as well as the perception of technological tools as being highly complex (30.4%).

Use of data for commercial purposes

Analysis of the role of users as data providers is followed by analysis of the use of this resource by both companies active in data-driven markets in the digital sector and by companies operating in traditional sectors. Indeed, the latter are facing the opportunities and challenges arising from the availability of an increasingly broad and dynamic set of data. In particular, the Authority examined the evolution in progress in the banking and insurance sectors, both historically characterized by the intense use of personal data.

Big Data represents an important opportunity for banking and insurance companies to increase their knowledge of customers, improving their understanding of consumer preferences and habits, in particular with the more effective identification of the risk profile of individual customers, in order to develop customized products and services, whilst also promoting innovation, financial inclusion and increased competition. Furthermore, additional benefits can derive from the optimization of internal processes, with positive effects in terms of efficiency and cost savings, and in the fight against fraud.

Alongside the undoubted benefits, some potential problems must be noted, including the potentially discriminatory effects of the profiling and risk assessment of individual customers, as well as cyber security issues, which are particularly sensitive due to the nature of financial, as well as personal, information.

The survey carried out so far shows two different and apparently co-existing responses to the challenges posed by the digital revolution and Big Data. In some cases, the awareness of a certain delay in the exploitation of available data pushes companies to equip themselves to tackle the profound changes in competition, at the same time urging policy makers and sector authorities to pay particular attention to ensuring a level playing field. In other cases, “protection” is sought by operators already present on the markets concerned, in order to gain access to the data available to large platforms, represented as potential competitors able to acquire prominent positions rapidly, precisely because of their ability to process the Big Data available to them.

The survey, which is expected to be completed by the end of 2018, will enable the Antitrust to investigate the implications of Big Data on the exercise of its duties in terms of both protection of competition and consumer protection. In particular, the second phase of the survey will address topics such as: i) analysis of market power and the effects of concentrations, including conglomerates, in the digital economy; ii) the qualitative dimension of competition in markets where services are offered for free; iii) the role of portability in reducing switching costs and ensuring market contendibility; iv) the effects of using data for profiling and offering users customized services and sales conditions. The development of these issues will also benefit from the significant complementarity existing between the protection of competition and of the consumer in relation to the Big Data phenomenon, as already demonstrated by the experience gained by the Authority in some important cases relating to digital platforms.