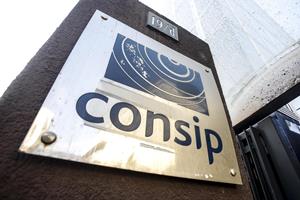 At its sitting of 17 April 2019, the Italian Competition Authority established the existence of an anti-competition agreement, in breach of Article 101 of the Treaty on the Functioning of the European Union, having as its object the conditioning of the outcome of the public tender called FM4, published in March 2014 by Consip S.p.a. (the Public Administration purchasing group), for a tender of Community importance divided into 18 geographical lots (of which 14 ordinary and 4 accessory) for a total value of about 2.7 billion Euro. The tender in question concerns cleaning and maintenance services for all public offices throughout Italy, within the scope of the fourth edition of the tender for so-called Facility Management services. All in all, sanctions were imposed for an amount totalling approximately 235,000,000 Euro

The Authority based its verification on an articulated probative framework that includes, inter alia, an application for clemency, pursuant to Article 15 of law no.287/90, by C.N.S. (which benefited from this application with a 50% reduction of the penalty), as well as part of the documentation acquired for the records of criminal proceedings opened with the Prosecutor of the Republic of Rome for the alleged offence related to tender FM4.

The agreement focused on the division of tender lots between five groups. In particular, C.N.S. (In Temporary Association of Companies with Exitone and Kuadra), Manutencoop Facility Management, Manital and Romeo, through participating in the tender according to a ‘chessboard’ mode, would have been awarded the lots they were interested in respectively in the best possible combination between ordinary lots and accessory lots allowed by the tender regulations; the Temporary Association of Companies Cofely-CSEL, also thanks to its links with the STI group, was designated in the framework of the cartel as assignee of part of the overall contract. The offence was also made through a distorted use of the temporary grouping of companies, of awarding in subcontract and the use of consortia.

The understanding has neutralized the competitive contrast between the parties in the various geographical lots in the tender - regardless of the outcome of the tendering procedure, not yet awarded by the contracting authority - has irredeemably compromised the physiological competitive game that should have been established, to the detriment of public administrations, the customers.

During the proceedings, the Authority was supported by the Special Antitrust Unit of the Italian Guardia di Finanza.